Created by the co-designer of Sang-Froid: Tales of Werewolves, Wicca brings you to a mythical 16th Century Scotland -- a Scotland of dreams and nightmares, where witch trials seem the only answer to the preternatural forces threatening the land.

Wicca is a hybrid action-strategy game that features a unique game mechanic: Time Travel, which allows the players to go back in time and fight alongside themselves. You play as Teagan, a witch whose powers were just recently unleashed by an unwelcome guest. Now, you must venture forth in a desperate effort to cleanse the countryside from the seeping evil that is corrupting it.

Something is rotten in the Kingdom of Hogendale.

Creation is stricken. Trees and beasts sicken, wither and are reborn as shrieking, malevolent shades. The dead claw their way out of the poisoned earth to swarm mindlessly over the land. No living man or woman is safe from their dripping talons. Whole towns are brought to ruin. King Ionracas’ dream of a lasting Pax Hogendala vanishes in an unnatural whirl of blood and misery.

It must be the Witches! Who else could be responsible for this chaos? The King decrees their death by fire. And thus — many an innocent woman is condemned to the sacred pyre.

Unique Time Shift game mechanic: rewind time and fight alongside yourself, not as an AI, but in a fully deterministic fashion. Plan out truly custom strategies and play to your own style!

Hybrid Action-Strategy gameplay: Plan a strategy and execute it all in real time, across more than 20 distinct missions!

Co-op mode: Play the Challenge Mode with a friend online!

Startling storyline: Engaging campaign with all the twists, turns, nooks, crannies and what-the-bleep-just-happened moments you would -- and should -- expect from a story based on Time Travel!

Inspired by Scottish Folklore: Fight with and against numerous creatures inspired by the rich and variegated Scottish heritage. Och hey, lads and lassies! 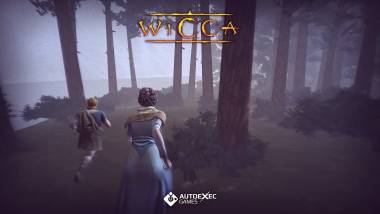 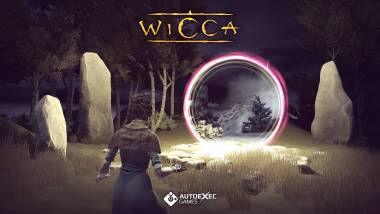