In his quest Eldon will be joined by various other experienced veterans such as:
Doctor Maquiz - pirate doctor abandoned by his crew
Alex - young but gritty pirate
Gorak - Orkish chef with an bad attitude
And many other story line and secret characters

In their quest, they will be opposed by various factions such as rival pirates and the government which yearns to rid the seas of pirates. Will Eldon have what it takes to ensemble his crew and find out what is the treasure of the Pirate King?

The game is set on a chain of medium and small islands. Method of transportation between landmasses will be by ship which will also serve as a hub zone for the player and various characters he will be able to recruit. Fights are turn based and action packed, with various enemies lurking in "random encounters". The final goal is to find the treasure of the mad Pirate King. To do so, the player will have to visit many diverse islands and fight his way trough hordes of cutthroat pirates... and some more nefarious things. 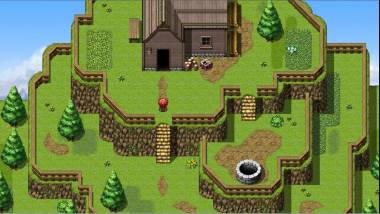