FTOR is a top-down styled wave-based shooter in which the player must make choices.

Enemies track your location and you must be ready to engage and terminate threats.

If choosing to hold the extraction point, the risk of being overwhelmed is amplified.

Firing and maneuvering around the map, will reduce the effects of protective cover.

Choose which strategy works for you and on what waves to achieve victory.

Play at your level, with three different difficulty settings.

With game modes such as Quick, Standard, Epic, Marathon, Heroic and Limitless.

Practice your skills in the range against targets.

Gaining an upper hand on the ever increasing pressure of enemy waves requires the following;

Planning around weapon upgrades and overall health conservation are vital to survival.

Enemies are more likely to miss their shots and hit the cover at greater distances.

Grenades can be lobed over barriers that you are unable to see and shoot through.

Overall, firing on enemies and maneuvering around cover is imperative to strategy.

The Macintosh version of Fox-Trot Over Run will be released in 2020.

The Linux version is to be announced. 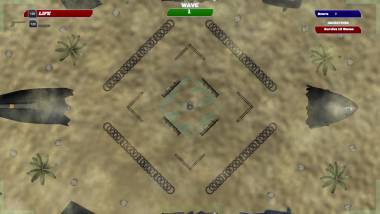