Anime-girl Dokkaebi, as usual, watched the anime after school. But, after she watched the series, Dokkaebi noticed that she was in a totally different world. At first she thought it was a dream, but immediately, as chicken and head of lolly anime girls appeared, she realized that it was not a dream, but the world she deserved.
You play for anime-girl with an unusual name Dokkaebi, which hit the strange world after watching the anime-title, and you need to get out of this world, along the way, collecting lolly faces. Warning, in the world live chickens.
Features:
-You can be anime-girl
-You will be able to collect lolly faces and run away from evil chickens
-You will be able to see an unusual world with anime and chickens
-Game genre: Platformer
-Simple and fun gameplay
-Pixel art graphics
-Good soundtrack
-Steam achievements 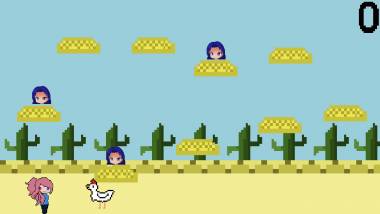 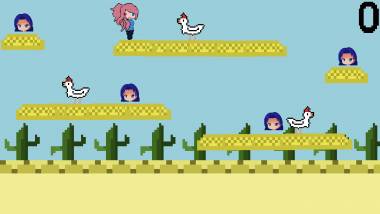